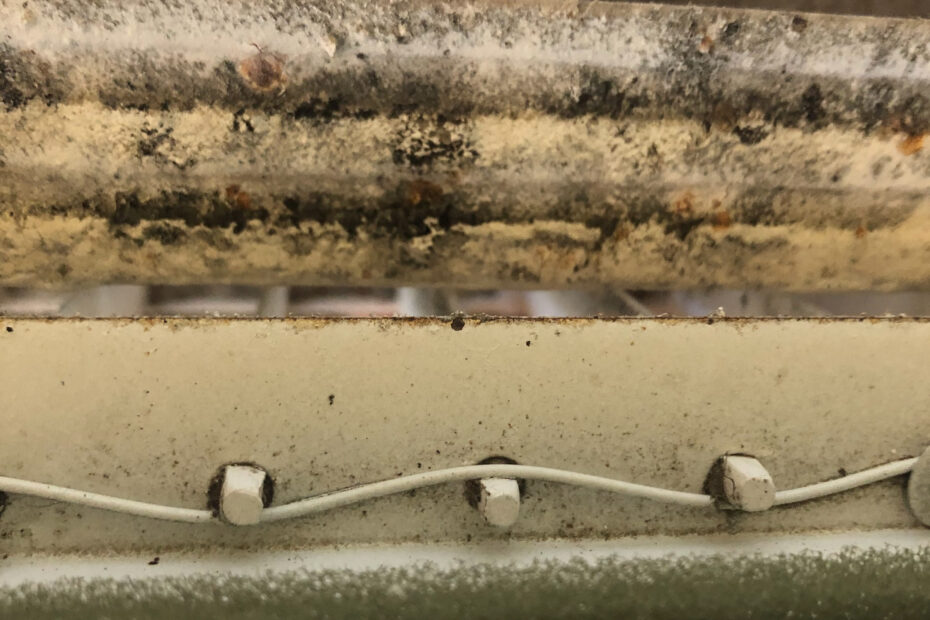 From September 2017 to April 2019 my family lived in a privatized military home in Texas. Our daughter was a healthy 3-year-old who had never needed so much as an antibiotic, but within a couple weeks she became very ill.  She experienced gushing nose bleeds, chronic ear infections, difficulty breathing, pneumonia and other respiratory issues. My husband was treated frequently for vertigo, sinus infections, unexplained rashes and what doctors would refer to only as “some kind of serious allergic reaction”. I suffered ocular migraines, muscle spasms, and both our son and I suffered from allergy issues and chronic dry coughs.

Our daughter’s pediatrician wrote a letter encouraging the housing management company to clean the air vents in the home.  Thick black dirt fell from the vents for days after the cleaning, covering our furniture, counters, floors, everything.  We experienced burning sensations in our eyes, throats, noses, and difficulty breathing. After three days the dirt stopped falling from the vents and we hoped the worst was over, but our symptoms remained.

In February 2019 we inspected our home hoping to determine what was making us sick.  We found mold growing through paint on the registers, the worst being in our daughter’s bedroom. We removed the registers throughout the home to find mold on the back sides of the registers, on the drywall and inside the vents.  The housing company told us it was only “dirt”.  I reached out to the previous tenant, and she also found mold growing on the registers. She watched maintenance paint over it telling her it was only “dirt”. Her children suffered the same symptoms as mine.

Our concerns about the mold were ignored by the housing company, but eventually we were allowed to transfer to a new home on the base.  Within 3 weeks everyone was healthy again.  We hired a mold assessor to inspect our contents and had to replace about 80% of our belongings.  We thought we finally recovered until July of 2020, when we moved to a military base in North Carolina with housing managed by a different privatized company.  Within two weeks our daughter started having severe allergy issues, we noticed the second-floor humidity was averaging 67% and found mold growing around one register.  Since then, mold has been found in multiple vents in the home, inside the air handlers, in the attic, and the humidity issues remain. My husband has suffered from brain fog, ear infections and respiratory issues, our daughter has been put through the agony of allergy testing and complains of headaches and difficulty breathing.  I now have vertigo when riding/driving in a car, muscle spasms, muscle pain and extreme fatigue.  Now we are being transferred to a new home.

I left the home in Texas feeling I’d been through a trauma. My ability to feel safe in my own home was gone.  Every speck of dust became suspicious, every cough from one of my children sent me checking my air vents, convinced every home will poison my family.  The almost paranoid state I’ve lived in since our first experience with mold ultimately led me to recognize the issues in our military home in North Carolina shortly after moving in.  But the guilt I carry for putting my family in privatized military housing again after our experience in Texas is immense. I am forever changed; my family is forever changed.  My daughter, now 7, often asks me to take pictures of her favorite toys, “in case the mold gets it”.  Her reality is we leave our friends, schools, homes every few years because “daddy serves his country”, we also leave our favorite belongings when our military home has mold. She’s 7 and she’s sacrificed her health, safety, and her favorite stuffed animals because we chose military housing.  Mold changed our lives forever the first time, mold has become a part of our reality the second time.  Wherever the military sends us next, we have agreed never to live in military housing again.  Hopefully we can avoid living in mold, but we will remain forever changed.