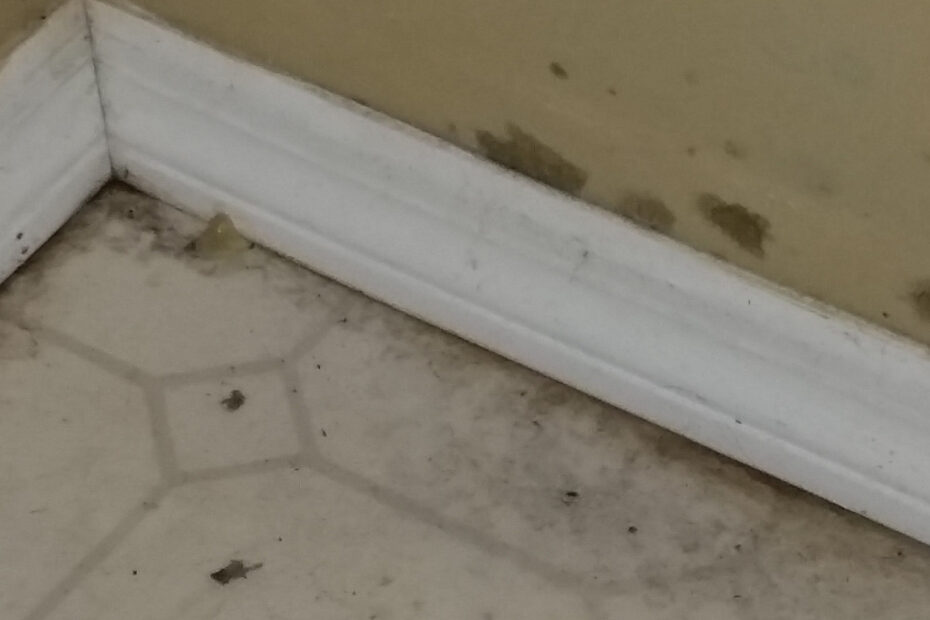 I have a mold story I am sharing in hopes of helping others.  I lost my mobile home from it. I was very sick for the past 3 years, and almost died in my home on 11/28/2017.  I had many symptoms and many doctors could not diagnose any illness.  I bought the 1999 manufactured home for 80k in September 2015. It was my first home, and supposed to be my dream and retirement home. I put down 30k and it was all the money I had. I believe there was mold in it, prior to me moving in, as a skylight in the bathroom had been repaired. There were 5 water leaks in 2 years total, 4 due to PVC pipes bursting and cracking, and the washer inside the hot water to the laundry room hot water faucet had dried out and was leaking inside the wall. The kitchen pipes burst on 11/17/2017 and when I walked into the home, it was filled with hot water all the way to the bedroom closet. The bladder under the home just holds in the moisture, and if water leaks are not dried in 24 hours, the mold begins to grow.

I finally figured out my house was making me sick by putting together a document that showed every time I was sick since 2008 I found mold or there were water leaks in the apartments and home I lived in.  My PCP called me at home and told me after I gave her this document; she researched and found the only way to get better was to leave my home and all my belongings behind. The water main pipe from the street to the home burst in January, after we left in December, even though I left the heat on. The whole underside of the house on the cement slab was flooded with 3 inches of water for an unknown number of days.

I moved to an apartment 12/2/2018.  The apartment had been severely water damaged, still had a leak from the shower, and water dripping from upstairs into the wall.  I stated before signing the lease I had a severe mold allergy, and the water damage was known but never disclosed.  I got so sick, went to a motel, and believe I had a brief Near Death Experience to the black void, as the motel was moldy and my body could no longer handle the toxic burden.

When this happened, as the previous direction of my allergist, I drove to UCONN  ER asking for an environmental specialist doctor.  They did not believe me, and committed me to the psychiatric ward for 3 days involuntarily as delusional.  My home had aspergillus, and chaetomeium molds. The apartment had stachybotrys molds. I was released from the involuntary committal from the UCONN Psychiatry department 2 and 1/2 days later, after they called my PCP, Allergist, and relatives who all stated I was sick and dying from mold in my home, and the probate lawyer I asked for when I was committed came into the hospital to see me.

I had mold testing done in both my home and apartment. I am now a patient of the Occupational Environmental Specialists at UCONN that I asked for in the ER. I have been diagnosed by them with the medical ICD code for Mold Exposure based on my symptoms, and mold testing of the home and apartment. The doctor I saw gave me a letter stating I cannot be in mold or water damaged buildings, ever, and gives me an updated letter every year. He told me there is no cure for mold illness, only avoidance of mold and mycotoxins like any other poisonous chemical.

I am now also a member of the International Association for Near Death Studies (IANDS)  located at UCONN CT. The group was founded by Dr. Bruce Greyson who was a Psychiatrist at UCONN. He wrote a book in 2021 called After about people’s experiences of dying and being revived.

I retained a lawyer for the involuntary committal, and the 1st condominium apartment I moved to. I had a lot of physical evidence. Interestingly, my committal records to the UCONN Psychiatry department cannot be located. I only have my release forms from the hospital. Unfortunately, as time went on, the lawyer said he did not have time for my case. I never got justice for being wrongfully committed or my injuries from the apartments I moved to.

The plan was to live in the apartment and I would continue to pay the mobile home, and have it repaired and probably have to sell it, as I am so severely affected by mold now.  I was too sick to fix it after having to run to 3 more apartments, and looked at 40 that are moldy. The second apartment had green mold growing under the sink, covered by linoleum, and my skin opened up on my shin. The 3rd one had black mold growing under the windows of the buildings, as there were no gutters on the buildings. I got out of leases by showing pictures of the mold and the letter I received from the Occupational Environmental specialist at UCONN, and signing a form stating I would not sue them.

Because I was so ill and had to keep moving, I could not afford to keep paying for the home mortgage and land lease, as well as an apartment. I called every agency I could think of, even my state representatives, and was not offered help from anyone. I abandoned the mobile home in the spring of 2018, by signing over the 21K insurance checks for remediation to the mortgage bank. They sold the home for 19K to the mobile home park owners. I still owe a 10K deficiency that I pay for monthly, as the mortgage company would not forgive the 10K balance of the 50K loan. The mobile home park cancelled my land lease contract.

I set up a gofund me page, but only got $35.00.  My dream home turned into my worst real life nightmare.

I was an administrator of the Toxic Mold Support Group on Face book that has helped me to survive from 2018 to 2021. Thousands of people worldwide are waking up to and running from this epidemic every day, becoming sick to the point of disability, losing homes, using up 401Ks, going bankrupt, becoming homeless every day, and no one seems to care or is aware. The losses are devastating. Soon there will be no more safe mold free homes to move to. Most doctors are not trained in mold illness, don’t believe our symptoms, and tell us it is all in our heads, sending us to psychiatrists. More homes are damaged after every hurricane, flood, or heavy severe rainstorms and plumbing leaks that go undetected or are not remediated properly. Too many people are becoming sick from this, and there is no help for us. It happens to people where they work too. It happened at my place of employment after a new HVAC system was installed on the roof. I have pictures and video of the water pouring into the building for 6 months. No mold remediation was done. I no longer work there. Soon too many will be too sick to work. This is becoming a global epidemic.

The following illnesses such as Chronic Fatigue Syndrome, Fibromyalgia, MS, Lupus, Hashimoto’s, ALS, Alzheimer’s, ADHD, Candida overgrowth, and other diseases that I believe are ultimately being caused by toxic mold and other environmental exposures. There are doctors, scientists, and nonprofit organizations committed to helping solve the cause of these illnesses, but no government or western medical doctors will commit to researching mold as a cause.

One organization that helps is ISEAI.ORG.  This organization is publicly funded and researcher Dr. Mary Ackerley is trying to determine if mold is a cause of ME/CFS, and how to develop standards for human mycotoxin testing. ISEAI.ORG – Homeopathic doctors like Jill Carnahan who was sick from mold and psychiatrist Mary Ackerley who wrote brain on fire and a letter to Australian parliament know mold is making many ill and are trying to help. SURVIVINGMOLD.COM  Dr. Richie Shoemaker developed mold testing illness and was discredited by western medicine but continues to train homeopathic doctors in his recovery protocol PARADIGMCHANGE.ME Erik Johnson, and Lisa Petrison continue to help and inform those suffering from mold illness. FACEBOOK groups such as the TOXIC MOLD SUPPORT GROUP and MOLD AVOIDERS are the only place those suffering from mold illness can find information and support.

I have become an advocate, and have helped introduce legislation for mold in schoolsinm CT. We need the support of government, scientists, and doctors to research and recognize the toxic effects of mold. We need support to pass the Toxic Mold Protection act H. R 1269 introduced in 2005 by Representative John Conyers never passed, and would help us all.

The following is a list of over 45 physical and psychological symptoms I have experienced from mold exposure including EMF and Chemical sensitivity.  Many of these symptoms have resolved after getting out of mold, and becoming my own doctor to heal myself naturopathically. I do have some permanent damage. When I get re-exposed to mold, many of the symptoms reappear, or I develop a new symptom.

Feeling lost or disconnected from what’s happening around me