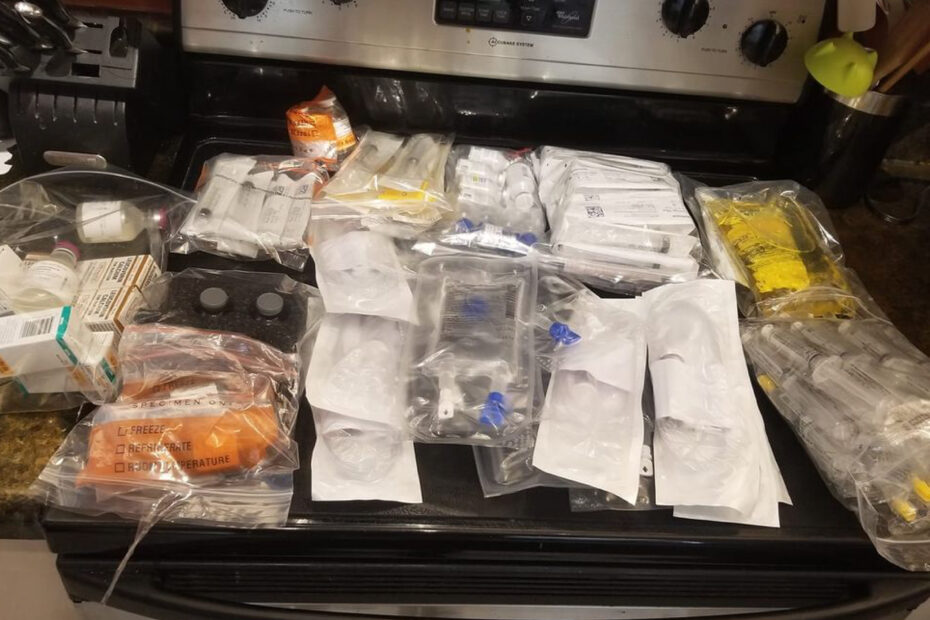 How did your illness come to be?
Out of grad school I moved from Illinois to NC in 2011. I had begun working in an office with a history of
water damage. The office would often flood, and my desk was situated below an HVAC unit with a faulty
seal. Being out of grad school and dealing with the stress of moving half way across the country, lack of
sleep etc., I had attributed much of the earlier symptoms to this. Infections and hormone issues began
to show up in labwork; and a diagnosis of Lyme disease was made roughly 16 months into this. Indeed, I
had a tick bite a couple years prior. There exists a large portion of those with “chronic Lyme Disease”
that suffer from mold toxicity, as exposure can drastically suppress normal immunologic response,
infections that would normally be kept in check often come out of the woodwork. In total I was
diagnosed with Borrelia, Babesia Duncani, Mycoplasma Pneumonia, systemic Candidiasis, and Epstein
Barr. Along with the hormone disruption I was diagnosed with Hashimoto’s Thyroiditis, an autoimmune
disease. For 5 year all efforts were made to treating these infections and hormone disruptions, and
autoimmune disease. Mold never crossed my mind throughout this whole experience, as it is most often
regarded as an allergic irritant by most agencies, such as the CDC and EPA. Finally in 2019, following a
long list of labwork, I was officially diagnosed with Toxic Mold Syndrome, Chronic Inflammatory
Response Syndrome, and Mast Cell Activation Syndrome.

How did this illness effect you?
Physically: For the better half of a decade much of my day I would vary between the feeling as though I
had a mild to moderate flu, or hang over, to at times finding it difficult to walk, talk. My most concerning
symptoms were most certainly neurological in nature, and during the worst of it, I had many stroke-like
symptoms and instances. Cognitive issues were ever present; the best I can describe is like taking a hit
over the head and being drugged…my body felt like I weighed 5,000 lbs, often collapsing/crashing
getting through the front door of my house following return from the office I worked. I also had very
concerning cardiac issues, with basal heart rates in the 110’s. On more than one instance I recall my
heart rate jumping to 160 bps at rest and going into stage two hypertensive crises once or twice. Beyond
this there is a weird phenomena where it feels like your personality has been “kidnapped”, while your
body remains in fight or flight.

How are you treating?
I am now 3 years into treatment, and I must say that my day-to-day life still largely revolves around this;
cleanses/enema’s, binding agents meant to neutralize circulating toxins, sauna, and graded exercising.
Multiple supplements are often needed as well; to address any vitamin or nutritional deficits,
adaptogens to add in addressing HPA axis dysregulation and boost immune system, mitochondrial
support etc. Keep in mind the resulting illness is multi-system systemic inflammatory response, the
expression of which is dependent on the severity of exposure and the individual’s disposition. Toxic
mold exposure results in a hypoxic like state, inducing central nervous system damage with prolonged
exposure. I am working with a doctor with the Amen Center to address the TBI like injuries sustained,
presently utilizing Hyperbaric Oxygen to aid in nervous system recovery. I have also traveled to Mexico
to seek stem cell treatment. At this point I would gauge my recovery to be around ~55%, but hopeful
that I will gain further ground.

How has this affected you otherwise?
This has been a near decade long experience, so quite literally there is no part of my life that has not
been affected in some fashion. I’ve missed out on a lot of the common experiences most people take for
granted in their 20’s and 30’s; dating, hanging out with friends, marriage, starting a family or business,
developing my career, or pursuing my passions, beyond this it has halted self-development. Financially
this has also required refinancing my house, a second mortgage, and withdraw of all retirement funds. I
am well within the 200k range at this time. I was also unable to finish my thesis as a result of getting
sick, and thus officially never received my Master’s diploma.
All of this could have been avoided if I knew that ongoing water damage equates to mold, and the depth
and breadth of impact is profound to say the least.

Interesting facts
I’ve had:
5 MRI’S, 2 CT scans, one quantitative EEG, and even intracranial doppler
3 Holter monitors, 1 stress test
Once had 36 vials of blood taken at one time, routinely 15-18 is average
My labwork and office notes collectively stands roughly 1 ft high